Oh the words spoken by a drunk. I got the idea for this poem from an old Robin Williams skit about the intelligence of a drunk. 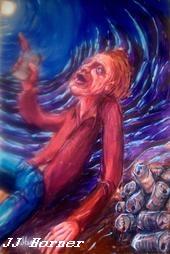 Drunkish forever changes
the messenger and barstool
might be the same
but the language, wisdom and knowledge
constantly changes… expands and evolves
if you doubt it… ask the messenger
though only ask when it is spoken

you see… away from the barstool
the messenger will deny
speaking those words
the kool-aid blacks out the words spoke
and the memory can only say
“No! Not me! I never said that!”

Drunkish spoken with pride
and eventually denied with shame
Posted by Dave Harm at 00:08