Step One of ACOA 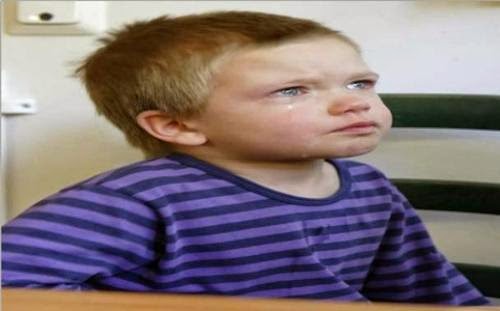 We admitted we were powerless over the effects of alcoholism or other family dysfunction, that our lives had become unmanageable.

As a child, as a young adult, I never could accept that I was powerless. I was tough. I was a football player. I came from a family of strong men.... no way was I powerless. It was this belief that made the first half of my life a living hell.

I don't think I really realized how insane my childhood was until I joined Facebook about five years ago. I would get requests to be friends from people I went to high school with. Some of them I remembered their name but I couldn't tell you any personal stories we shared. Then I'd get requests from people whose names I hadn't thought about since high school days and had no idea if we ever did anything together or even had any classes together.

The women were even worse. I had no close relationships with any woman in high school. In hindsight, I'm so glad that it was that way. I had no idea on how to have a friendship, a relationship would have been a total nightmare.

I look back at that time and the only true friends I had were from the neighborhood. And in that neighborhood the majority of the kids were girls. And that was perfect for me. I didn't need to be a tough little boy. I could relax and in silence I could have their company and heal my wounds. Not even these girls knew the pain I suffered. What happened in my home.

We fell out of contact when we started high school. Then I had to become a man. I couldn't be seen hanging around with these girls. Why? I have no idea, it was just the insanity of my young life. Coincidentally, it was when they left my life that my life spun totally out of control. Football gave me relief during the day and alcohol brought me peace at night.

My life was survival. Surviving at home and the brutality that was in it and surviving life with peers because I had no idea what normal was. Normal to me was hearing the screams of my mother from punishes she received from her husband. Normal to me was sleeping nude with my father. Normal to me was having J&B Scotch bottles hidden in my closet. Normal to me was lying about mom's black and blue eyes. Normal was constantly feeling dirty in my own skin.

As a child, I couldn't change that feeling of being powerless. I couldn't tell my parents that I was moving out because they were insane. Then as a teenager, I couldn't admit to anyone the things that happened to me in that home. Then as an adult, I tried to show I was stronger then my childhood.


A lifetime of abuse stole my childhood. It stole my teenage years and destroyed my young adult life. All because I couldn't admit that I was powerless. I had no control. My mom was out of control, my dad was out of control and they were in control of me... what a recipe for disaster...
Posted by Dave Harm at 00:49