The Law on Intensity 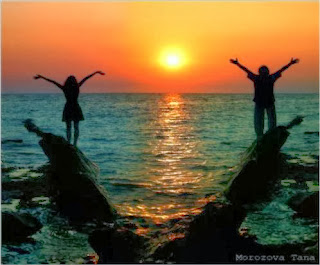 The Law of Intensity states that the more focused our directedness toward a desired reality, the more likely it is to be actualized.

I agree with this law, yet I do think that it can backfire on a person if they are not careful. I do believe that if I focus on a dream of mine, it will become a reality. The dream is the goal. Four years ago I had a dream to visit England. I had no idea how to make that dream a reality... yet I just kept dreaming it.

I had no plans on how to make the dream a reality... I just kept dreaming it. The more I dreamed about it, the more I felt myself on that plane, the more real the dream became.

I don't know exactly how I found it.. a site to help me retrieve my birth certificate. I filled out the forms and the info I knew, made my payment and hit the 'enter' key. Step one was done and quickly forgotten.

About a month later, I found a site about what I needed to do to get my passport and the first thing mentioned was my birth certificate. I had forgotten all about that. Yet, it was perfect that I hadn't thought about that... I just kept dreaming my dream. The next day, my birth certificate arrived and the second step of making my dream a reality started to come into view.

Everything with that first journey was that way. I had no concrete plans on how to make the dream a reality. Yet, I believed in that dream so deeply that it had to become a reality. It became a reality with no set plans. It was through the intensity of a dream that it became a reality.

The more alive you can keep your dreams, the easier it is for them to become reality...