The Law of Choice 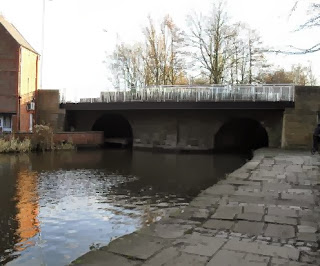 The Law of Choice says that we have free-will and choice, we are never powerless, we can change our perception of people, places, and things...

I often have said at meetings that the greatest gift my Higher Power has given me is the freedom of choice.  I still have free will over my life, I still have power over how my life is run.

By the Grace of God I have been sober for 19 years... yet I have never felt that I could NOT drink. Today, I have chosen not to drink.  Who knows what my choice will be tomorrow.  Some might say, that I am playing russian roulette with this attitude of mine. I beg to differ.

One that first day of my sobriety if someone told me that I could never drink again, I doubt I would be sober today.  Never is a very long time.  These 19 years of being sober would mean little to me because “never” was still in my mind.

The pressure of “never” would have me on edge all the time.  I couldn't enjoy sobriety because it was “never” enough.

AA says to stay sober for the day.  Just 24 hours.  We can do that.  Just take care of today.  Tomorrow will take care of itself.  Those 24 hours give us the freedom of choice.  To drink or stay sober.  There isn't a “never” attached to it... it's just for today.

That freedom of choice gives me the power to lose my fear over alcohol.  I still have a ton of respect for alcohol.  I know what it has done to me, both as a child and as an adult, but I have no fear of it. That fear left when I realized I had a choice.

This freedom of choice also holds true with every aspect of my life.  That person I struggle with as a neighbor or a coworker, can change when I realize I have a choice over how much power I give them over my life.

Whether a person is an alcoholic, or an addict, or a gambler, or a sex addict, or whatever else the addiction may be, The Universal Law of Choice gives that person a second chance at life.  And with every choice taken with that second chance the gift of life is seen more clearly.