The Law of Repetition 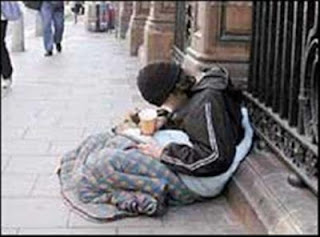 The Law of Repetition states that we will continually repeat tests until we learn and grow from these tests. A saying that many of us have heard many times during our life is that history does repeat itself. For the alcoholic, we say trying something over and over again looking for different results...

Years ago at an AA meeting a gentleman shared a story about insanity... which actually was a great metaphor for tests. He said that he walked down a road, a road he has never been on, so he didn't know what lied ahead. He was enjoying the walk until he fell in a hole in the road. He worked his way out of the hole and went on his way.

Later, he came upon this same road and again he was enjoying the scenery and just having a good time, when he suddenly fell in the same hole. Once again, with a little more difficulty he got himself out of the hole.

About a week past and he found himself on that same road. This time though he reminded himself of the hole in the road. He focused his whole attention on the road yet, he once again fell in the hole. This time he struggled for most of the day trying to get out of the hole. Finally, totally exhausted he got out. He laid on the road for awhile, regained his strength, got up and left.

A couple of more weeks past when he found himself on that same road. He stood still for a couple of minutes, looking down the road, knowing that a hole awaited him. He decided to take another road and left.

It took him awhile to realize that this test... this road... wasn't meant for him. He was tired of repeating the same outcome again. He was tired of the pain he inflicted on himself falling in that hole. He wasn't sure what a new road would hold for him but he knew it had to be better then the road he had traveled on before.

I failed those tests every time... yet I kept trying until I was totally defeated. Defeated to the point of being homeless and all alone.

I was tired of that test. Alcohol won... yet I won too. I found a new road. A road that I continue to learn and continue to grow. A road with no holes... only hopes and dreams.