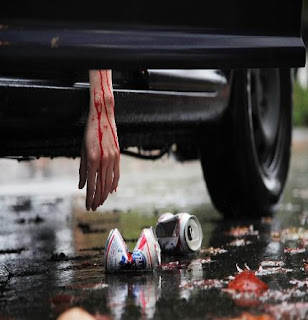 "We admitted we were powerless over alcohol, that our lives had become unmanageable."


Nothing can happen in recovery until admittance comes with being powerless. Admitting that as an alcoholic you have no power over drinking is still only part of the solution, a very strong part, but still only a part.

I say only a part because there were many times in my drunken days that I admitted to being an alcoholic, but I still drank. There were many times closing down a bar, drunk on my ass, saying to anyone who would listen “I’m an alcoholic.” Then by the next night trying something different, still trying to figure out a way I could drink with those “social drinkers.”

The next step with being able to admit to my problem, I tried different ways to control my drinking. Never during the day, only after work, none at home, never on a weekday, never on a weekend, and my personal favorite, to drink only when I was driving. I know that’s quite insane but at the time it made perfect sense.

I had a 20 minute ride to work and a return 20 minute drive. So I would only be drinking for 40 minutes on any given day. But my plans didn’t take into account that I would start drinking at 5 o’clock in the morning and within a week’s time, I was up to a six pack of beer, before I got to work. At the time I was a maintenance manager and no one questioned when I had to run to town for parts or supplies.

It got to the point that I was driving around town – drinking – more then I was at work. By the end of my day at work, I was quite drunk and I still had my 20 minute drive home. My wife couldn’t figure out how I could be so drunk by 4 PM and sound asleep by 6. I did this for a couple of weeks and amazingly I didn’t lose my job because of it.

This whole time I knew I was an alcoholic. I knew my drinking habits weren’t “normal.” But I kept trying different ways to make it work. I knew, for me, the first part of step one was true with me. I was powerless over alcohol, but things didn’t change until I read the rest of the step and understood it – that our lives had become unmanageable.

I wasn’t paying our bills, my personal hygiene wasn’t a priority for me, and alcohol was a priority over food for my family. My paycheck seemed to get smaller and smaller as I was bouncing checks at different bars, grocery stores, and convenience stores just so I could continue to drink.

The first step was now complete. I had no power over alcohol and my life was unmanageable. That second part helped me accept the fact that one drink was to many. Admitting was only part of the step. For me, recovery couldn’t begin until I was able to accept the fact that “I’m an alcoholic.” Admitting and accepting the keys to the beginning of a new life.

Note: The first two comments appeared on Authors Den in 2007
Posted by Dave Harm at 00:41