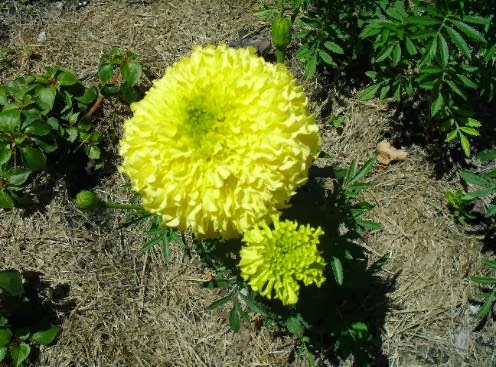 A simple law that simply states that less is more. That is The Universal Law of Simplicity.

It is against the American way to comprehend that “less is more.” I was raised from childhood that I needed more and more. I believed that what others saw was what I was. If I had a newer car, I had money. If I had a sports car, I was a playboy. A simple car that got me from point A to point B showed that I was poor.

Besides having this illusion of status, it supposedly would help us feel good too. It gave us self-worth. New TV's, stereos, a nice home ( the bigger the better), also added to this self-worth.

The fact is that the more we own, the more we are owned. I don't own the house. The house owns me. As a renter, I can go to England for a month and have no worries. If I owned a home, I couldn't leave for more then two weeks. In the summer, I would need to mow the lawn... the winter needed the sidewalks shoveled. That has nothing to do with the possibility of frozen water pipes, or forgetting to turn down the heat or the air conditioner. Who will take care of the cat and dog? And they say we “own” that house?

About 30 years ago, the ex-wife, the four kids, and myself went on a weeks vacation. It was well earned. Kids had just finished the school year. The ex and I saved up our vacation time for this week away from it all.

I got aa neighbor to take care of the property. Which included taking care of 50 chickens, a dozen rabbits, some cats, and a dog. This was before cell phones, instead I had an answering machine and I told the guy that if he had a problem, just leave a message on the machine. I would call it every night to get my messages and fix any problems that came about.

The second night I got a message from the guy saying a water line broke. He did not have a key to the place... so long story short... our vacation ended five days early. The ride back home was miserable. Two hours of kids crying and an ex who made me feel guilty about a broken water pipe.

I can do these things because I don't own much. By owning less I am able to do more. Not only for myself but for others as well. When I had possessions I couldn't really help others. Money was always tight just to keep the car running and a roof over my head. Now without these maintenance costs, I can help others during the holidays. I can freely give gifts to kids and grandkids without worrying about cutting myself short. And for the first time I can give freely to charity. One of my nicest gifts is helping families through donations to the Salvation Army.