Sunrise... Across The Pond 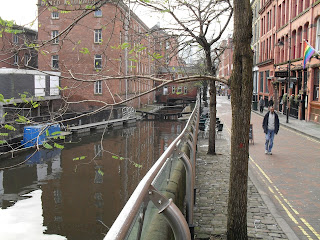 A poem I wrote about my adventures from waking up in the plains of America and ending up across the pond in England.


Sunrise... Across the Pond

a long day lied ahead
a day that would end when the sun rose again
tickets confirmed... luggage checked... security passed
finally on a plane... let the journey begin

rolling down the runaway
engines roared and the bird hit the sky
a small window showcased a new world
smaller the earth got... until it disappeared under the clouds

all birds that fly must also land
a little rest... a bite to eat and water for thirst
one long flight remained
through the night across the pond the bird flew

crumpets... the canal... cheers
no sheets... a duvet
the milkman... an ice cream truck
a step back in time

Liverpool... Manchester... London
now eyes awaken to a morning mist
a home across the pond
England
Posted by Dave Harm at 02:52