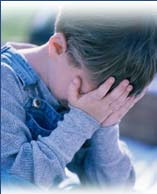 After I wrote my first two books, a battle started within me. I wanted, maybe I needed to write that third book. The first book Damaged Merchandise was about life ten years after I found sobriety. War Zone was the prequel to that book and dealt with my first two years in this journey. The story still wasn't finished though. How did I get to this point of insanity? A third book needed to be written. That is how the book, Creating Dreams came to life. It is the prequel to War Zone. What is written below was the beginning of the journey of writing that book... by far the hardest book I wrote. Long kept secrets were finally set free.


Can a child learn to live and function in society, while memories of a dysfunctional past haunt him? This is my question. A question, which I have not been able to answer, satisfactorily till this day. Yes, I'm alive, closing in on 50 years of age, but I still find trouble trying to function. I know how to survive. I learned that at a very early age. With two drunk parents, two brothers filled with anger and rage, and another brother who ran away and never looked back, survival got me to this point. But there has got to be more.

By the time I was seven years old, I was on my way to being a master manipulator. Anything I could do, to give my life any resemblance of peace I would try. At this age, my major weapon was - lying. I lied for my drunken mom, so she wouldn't be beaten by a father, who would come expecting dinner and finding nothing. "Hi Dad. Mom has been in bed all day, she's really sick." A silence would fill the room. He knew I was lying, but somewhere in his own mind, he also knew I was a child. For an hour, maybe a little more, the house was quiet. During that time, Dad would drink his scotch and waters. Two, three, maybe four. Pacing the house, any attempts to have a conversation with him, was a waste of time. As time past, you could cut the tension with a knife. Death hung in the air. Dad was ready to explode, and Mom would pay the price, for drinking all day. For sleeping, when there was no supper. For not being responsible enough, to make sure their filthy kid, took a bath. Anything and everything was to blame, and Mom would pay the price. Smacks, could be heard throughout the house. The silence was now broken, with the screams of my Mom and the yells of Dad. Walls would shake, as she was repeatedly thrown against them, or picked up from the floor and slammed down once again. What is a child suppose to do? I still hear the screams. I see the black eyes, the swollen cheeks, and hear my fathers words. "If you don't quit drinking, I'll kill you."

We could go for weeks, without alcohol being a part of our lives. For whatever reason, Mom would quit and Dad wouldn't bring any home. It was then, I realized that walking on eggshells would haunt me for life. Whatever it took to keep scotch and beer out of the house, I would do. If that meant get an A in math, so be it. It's done, just please no more booze. If that meant take two or three baths a day, I'll do it. If it meant no arguing about bedtime, believe me, I won't argue. I'll be the perfect little gentleman, just please no more drinking. As week one, turned to week two, then week three, I thought, maybe, just maybe it was working.

But the insanity of alcohol would always win. For some reason, Dad thought maybe this time, it would be different. He would bring home a bottle and the both of them could have one or two drinks, then quit. The plan would be to make a pint last, at least a week, if not more. It never worked. Hell, I was only seven years old and I knew it wouldn't work. It was like a broken record. We always got to the same point in the song, and then the music kept repeating itself. Within a week, without fail, Mom would start her drinking earlier and without Dad. She would lie about it, and if asked I'd lie for her. I still was hoping that maybe Dad wouldn't figure it out. Maybe Mom wouldn't drink as much as last time. Maybe. Yeah, right. Everytime it ended up being the same. Dad coming home stressed out from work, Mom passed out, and me trying to come up with all sorts of excuses why Mom was asleep.
Posted by Dave Harm at 00:38