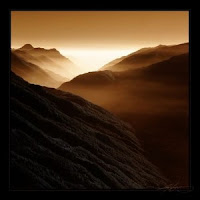 Step Nine of CODA says, "Made direct amends to such people wherever possible, except when to do so would injure them or others."

A few months back I shared with you my beliefs in there only being two emotions - love and fear. The ninth step brings to the forefront these two powerful forces.

After a lifetime of protecting the secrets, it's unimaginable to believe we have to apologize for them. Those secrets kept us trapped, not only from ourselves and our families, but also our God.

Our co-dependency was built out of fear. Fear of being abandoned. Being left alone and unloved. And the more this fear grew the more abandoned we became. We needed love but not in a healthy way. We looked at love as a means of identifying ourselves.

We could not love ourselves or our God, without first having the love of another. We needed it. We were addicted to it.

We admitted to our problem with the first step. But the ninth step would lead us into a new world. We would let go of the secrets and the lies. We'd let go of the illusions and the fantasies.

To do this we'd have to make amends to those we had harmed because of our dysfunctional needs. It actually sounds easy, but it isn't. For the first time, you are taking responsibility for your actions.

Oh yeah, my co-dependency made me the perfect victim. I became a pro at being a martyr. Making amends isn't about "stabbing someone in the back." It is about valuing yourself and your true worth.

As a child, more then once I'd get into trouble with a friend. My parents would lecture us about how we let them down. Then my friend would make up a story and my folks believed him. I told the truth about what happened and was called a lair. It hurt and I began to learn that there was no value in being honest.

By being a co-dependent I was reliving this past over and over again. No longer was I trying to make my parents believe me, now I was trying to believe me.

No more lies or stories. Step Nine would lead us on a path of total honesty.
Posted by Dave Harm at 13:58