I couldn't handle anything 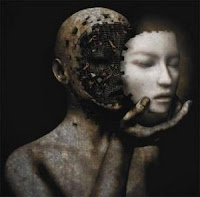 The 11th Promise of AA says, "We will intuitively know how to handle situations which used to baffle us."

When I drank, I couldn't handle anything. I had a streak where I had great jobs but always without fail I'd either quit or get fired before the end of my second year. I'd get hired and show great promise during my first six months. I'd get a raise and more responsibilities and with this I started to believe that my employers couldn't survive without me. And when they wouldn't play the game the way I thought it should be played, I'd head on down the road or I'd be shown the door.

Relationships were the same way. Though they rarely lasted two years, more like two months. The ended because I had no idea how to be in a relationship. I could handle any situation in a relationship as long as we did things my way. But for some strange reason these women would revolt, they wanted to be heard and I didn't want to listen.

Sobriety has shown me that those situations which used to baffle me are actually quite simple to handle. I need to go to meetings and call my sponsor and these problems just seem to become more manageable. The only thing that is baffling about it is why I don’t do it more then I do, because when I do I am at peace…
Posted by Dave Harm at 11:49