The end of self-seeking 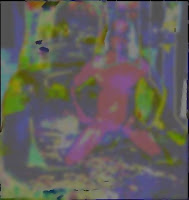 The 8thPromise of AA says, "Self-seeking will slip away."

The death of my active alcoholism brought me to a place filled with shame, guilt, and loneliness.No longer did I want to be the center of attention, nor did I want to be larger then life itself. In fact, when I first sobered up all I wanted to do was crawl under a rock and hoped that everyone would forget how selfish I had become...

When I drank the world revolved around me. I was the director of the world's greatest theoretical presentation. I was the director, the producer, and above all the main character. I needed others for this play to take shape and they could be a part of this event if they followed one simple rule - I am the star of this production and don't ever forget that.

Through the years I had many characters fill the roles. Some would stay for a short time, while others let me shape and mold them into the actor I thought they should be. It was a hard role to play because, admittedly I was a perfectionist and I demanded it from others - especially those who were honored with this role.

Sadly though no one ever lived up to my expectations. Either they'd quit half way through the production or I'd fire them with no reason given. I wanted things the way I wanted them, there was not any compromise with this. After all it was my production.

I tried for years to get to the conclusion of this play, but it never materialized, and finally I ended up bankrupt.

It was a simple plan. First, I wasn't in charge, I needed to remember it was not My will be done, but rather Thy will be done.


Then I needed to become part of the Universe - not the center of it. The fellows who walked this earth with me were just as important and served just as valuable a role as I did.
Posted by Dave Harm at 11:46