The Death Of Fame 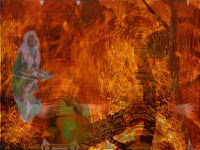 The 8th Promise of AA says, "Self-seeking will slip away."


The death of my active alcoholism brought me to a place filled with shame, guilt, and loneliness. No longer did I want to be the center of attention, nor did I want to be larger then life itself. In fact, when I first sobered up all I wanted to do was crawl under a rock and hoped that everyone would forget how selfish I had become...


The Death Of Fame

wanted glory... wanted fame
that would earn me respect
wanted friends... wanted money
that would bring me love

surrender first brought shame
that gave me regrets
defeated... wondering how to go on
I knew I couldn't survive on my own

slowly... I came out of hiding
and saw how selfish
life had become
wondered... could things change

selfishness faded away
my kingdom crumble
when amends were made
and spirituality replaced death
Posted by Dave Harm at 11:50