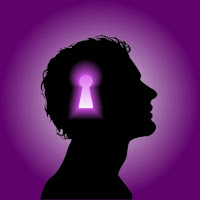 The law of energy basically says that energy constantly changes and that no adverse consequences are experienced unless one intervenes with its free movement.

With my first day of sobriety I thought that I could help others by not only sharing my life's story with others but by helping others finding the power they have within themselves. My way of accomplishing that was by someday becoming a substance abuse counselor.

At the time though I didn't understand or fully grasp the energy of the Universe and I didn't make it work with me. Instead I forced my will on its free movement.

It's OK that I might never become a counselor. That doesn't mean I haven't had the ability to help others. That has taken place at meetings and sharing with others, both in a 12 Step fellowship as well as in the outside world.

I feel uniquely qualified with helping others because of my background as an alcoholic, as an addict, as a child of an alcoholic, and as a codependent. But I still wanted something that said I can help.

And I found that with a short term therapy program called Neuro Linguistic Programing (NLP). I signed up for the course at American University of NLP and was quickly excited by what I was hearing and reading. A very spiritual program, that I
feel fits in well with all 12 Step Programs. I fell into it and learned so much about myself and learned that I had a lot to offer.

On August 16, 2011 I was certified as an NLP Practitioner. And shortly after receiving this certification I enrolled in the Master Practitioner's course.

So what is NLP? This is what I wrote on my final exam when explaining what it meant to me. “NLP can be viewed as a toolbox that has all the information available to help people change. It offers a restructuring of life. It involves techniques
that show, spiritually and physically, our potential power to change and to grow. It empowers a person on their journey to fulfilling their own goals. Through it all NLP shows that it isn't about controlling people, but rather by helping one self we
are able to help others.” And I concluded by saying in its simplest terms NLP is, “finding the excellence within and championing one's own power.”

I have had two sessions with two different people. Both were for free, just me practicing what I have learned and both people left with huge smiles knowing that change for them was in their hands.

I'm excited with where this could lead me and am looking forward to see where this latest part of my journey takes me.

In the upcoming months, I will be adding a page to Creating Dreams, that will deal with NLP in more depth. Right now I just want to soak in my circle of excellence and look at my framed certification and realize that another dream has become a reality.
Posted by Dave Harm at 01:31