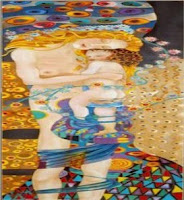 The first promise of AA says, “If we are painstaking about this phase of our development, we will be amazed before we are half way through.” That is quite a statement.

But it is true . The key word here is “painstaking.” I firmly believe that if someone seems to be breezing through their early recovery then they are either lying or they aren’t really an alcoholic.

I have never experience so much pain in my life as I did during early recovery. There was nothing easy about it. I saw how my drinking not only affected my life but also those that were around me.

Which when I drank, didn’t really matter. But with sobriety I found a sense of empathy which gave me the ability to put myself in another person’s shoes. And by doing that, my early recovery was filled with anger and disgust – for myself.

I had no valid reason for my actions when I drank. And with sobriety, my first thoughts were to somehow defend those actions. But I couldn’t. What I did was wrong and I just couldn’t explain them away.

The first three steps gave me the belief that if I relied on Someone else that I may have a chance. A second chance at life and love. A second chance at hope. A strong foundation with those first three steps gave me the courage to keep moving forward. Maybe at times, my progress could be measured in baby steps, but I kept moving forward.

Over time I learned to accept my actions as part of my disease. I wasn’t a bad person. It was the alcohol that made me evil. It was from this separation of the drunk from myself that I could continue to move forward.

It gave me the strength to look at my defects and got me to the point that yes I could admit my wrongs, not only to myself but also to my God and another human being.

Easy? No, not at all. Like I said it was extremely painful and something I never want to do again.

It was because of this pain that I was amazed by how much I had change long before I reached the halfway point with the steps. The promises though still didn’t mean that much to me, but I did like the path I was on and the direction I was going.

That path and direction was made possible by first surrendering. By surrendering, I came out of hiding. I admitted that I had a problem and I couldn’t do it alone.

After I found my Higher Power, I was then able to deal with my pain. For the first time in my life I dealt with it. In previous attempts when I was close to pain I drank. I drank to the point of self-destruction.

When that option was no longer available, I accepted the pain, the best way I could. Through AA, counseling, prayer, and a lot of crying. Then I was able to see the growth in me.
Posted by Dave Harm at 00:32