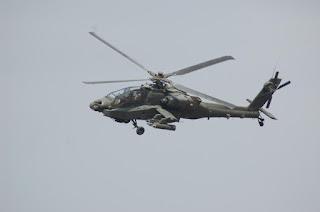 This second conversation between a father and a son was received on November 16th, 2006.

Hey Ryan, How’s it going bud? What have you been doing? Sounds like you have been flying quite a bit. How has the weather been there? Jan found some of that liquid cleaner you asked about and we will be sending you some soon. Has your roommate been around or is he still at FOB Kalsu? Have you come into contact with any of the locals? Do any of them work within the base? We used to have to hire so many Vietnamese to work within the base camp as domestic help. Is the food prepared and served by contracted out civilian firms, or by army cooks? Do you need anything? Let us know and we will get it to you. Got to ask if there is anything green over there? When you fly are you supporting convoys and ground troops or do you have specific targets. My guess is a little of both. All is well here. The leaves are all falling down now and I am working my butt of chasing them around. Thanksgiving is coming up next week and that really sort of snuck up on us. Let us know how you are doing pal and stay safe.
Love ya
Dad

Dad,
I’m doing well! Yes, I’ve been flying a lot. I have flown everyday this week and will continue to fly through next week. Mostly day shift which is when most of the action is. We have mortar and rocket attacks every now and then, you get use to it after the first week. It’s been really cold here at night and in the early morning, but then it warms up by noon. Rich is still in Kalsu. I’m not sure how long he’ll be there, or when I’ll be replacing him. Our command has a problem with communication. Our chow hall is ran by employees from KBR, Kellog, Brown and Root, owed by Dick Cheney. They are mostly from India and are hard workers. We have several Iraqis who work on post and they sell goods at the Haji Shop near the px. They also fill our sandbags for us. I try to stay away from them as much as possible. I don’t trust anybody over here except my fellow soldiers. It’s only green around the Tigris and Euphraties Rivers. Lots of palm groves, but a short distance in either direction you run smack dab into desert. This is a very strange place, a lot of people live in mud huts, thousands of them, then there are tall apartment buildings, and a few really nice houses. They don’t have nice neighborhoods and bad neighborhoods, it’s all mixed together. Most of the larger cities surrounding Baghdad only have dirt roads. The mosques are absolutely out of this world and they are all lit up at night. You can really tell where all the money goes, into their religion. We conduct many different types of missions. We support Troops in Contact, Medevac Request, Route Recon and Security. You name it we are involved in just about everything. When we’re flying troops aren’t dying. The enemy is afraid of us, they call us the Lion. Usually the shooting stops when we arrive on scene. I’m basically a police officer with a very powerful fully equipped aircraft and lots of guns, missiles and rockets. We’re basically patrolmen in the sky, and when ground guys need us, we’re there. Tell Jan I said thanks for the cleaning solvent. I’ll write again soon.
Love Your Son,
Ryan
Posted by Dave Harm at 22:44