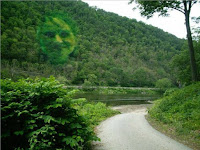 For me, early recovery was a battle with a Higher Power. It wasn’t till someone shared with me that sometimes our Higher Power has to come from “outside the box.” We talked some more as I tried to understand what he meant. And he said “Religion is for people scared of going to hell, while spirituality is for people who’ve been in hell.”

That hit home, I didn’t want the God of any church because there was nothing in it that I wanted to hear. I knew what hell was and I really didn’t care about saving my soul for the next life, I just wanted some peace in this life.

As our conversation progressed, he told me to look at all spiritual beliefs and include religion in it. I studied Greek, Roman, and Egyptian mythology. I looked into Buddhism and Hinduism, Christianity, Judaism, and Islam. Then the pagan beliefs and Native American and I began to see that while the core issues may be different… all beliefs share one common goal… Love.

Love would become my Higher Power. Love of people, Love of nature, Love of land. Everything around me would be a part of my universal Higher Power. With everything involved I could learn from it all and in return… share my gift… LOVE

This entry was originally posted on Wednesday, October 11th, 2006
Posted by Dave Harm at 04:07