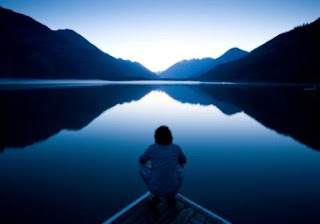 Step Ten of ACOA says that we continued to take personal inventory and, when we were wrong, promptly admitted it.

When you first start a program of recovery, doing a daily personal inventory can seem quite daunting.  Over time though, the process runs like a fine tuned machine because over time you learn from your mistakes and they aren't repeated....

One of the hardest things to learn as a child is humility. A child has a strong ego. A child wants to be the center of attention and they live to always be right. Sadly, not only do children behave this way. Any adult child, who is not in recovery, knows they are always right… just ask them.

It all goes back to what was mentioned in the very first sentence – humility. Humility isn’t thinking less about yourself, it is thinking of yourself less. As an adult, that can be achieved as a child it is difficult. And as an untreated ACOA it is nearly impossible.

The hard part about being “untreated” and “treated” is knowing when what you are doing is for self-help and not an action of vengeance. Recently, I had a one-sided argument with someone who finished their discussion by saying, that they were more of a man than me because they were able to forget the past.

If you can forget it, have you forgiven it? Or did you just bypass all of that mumbo-jumbo? In my youth I tried to forget and it lead to suicide attempts and addictions to alcohol and drugs. By trying to forget, I nearly killed myself.

I had to find the humility to admit that I was powerless, that as a child I had no control. That part was difficult, yet I needed to do it to get to the next step which was having the pain acknowledged. I was physically, verbally, and sexually abused, it is not wrong, or make me less of a man to want it acknowledged.

What would be wrong, is intentionally hurting someone to justify my means to justify my recovery. An example, if I was abused as a child, than I have the right to abuse others. It would be easy for an ACOA to justify these actions. “It didn’t kill me and it won’t kill them!”

What is that old saying? Two wrongs don’t make a right. That is why as an ACOA, the need to admit our wrongs is imperative, not only to do, but to do it as soon as possible. If I don’t, the child deep inside of me will come to believe that the adult me is god… and that is a terrible place for an ACOA, as well as an alcoholic to be.
Posted by Dave Harm at 20:37