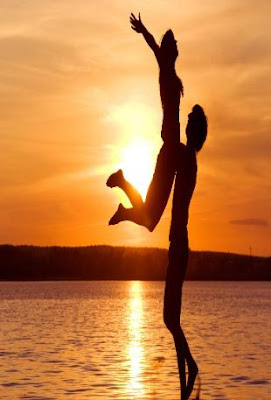 September. A month that holds new beginnings and life for me. On the 3rd, I’ll celebrate one year of wedded bliss, in my new home – England. On the 4th, I’ll give thanks as I will celebrate 22 years of continued sobriety and on the 15th I’ll celebrate the gift of life as it will be two years since I had open heart surgery.

After reading what I just wrote, I sit here shaking my head in disbelief and in awe. I have been blessed with an amazing sobriety. It hasn’t always been perfect or picturesque but where I am today I realize that nothing would have happened without the “hiccups” along the way.

In twenty two years I have had two divorces. Whose fault was it? It doesn’t matter anymore, what matters is that I took that leap of faith and started a new life with absolutely no plan for the future.

When I got sober I was living in Seward, Nebraska and had a pretty good job and the security that came with it, yet I packed up and moved a 100 miles away and started life again. For the next 19 years, I called Beatrice, Nebraska home and went to new heights in sobriety and my work life. I was given so many responsibilities and used each one to further my career.

I had a simple life. The last six years in Beatrice, I lived in a small apartment, once again learning how to be a bachelor. I got out of debt and started travelling. No small journals. Big Ones. Across that little pond to the east that we call The Atlantic Ocean. I went to England. And after one visit I knew that somehow, some way, England would eventually be my home.

Not only do I love the country but I also fell in love with a certain person from that country. This gorgeous lady became my wife in 2015. While we live in England, we got married in Nebraska, so both of our birth countries will be forever a part of our lives.


I never thought of life as being “alone.” In reality, I was scared to be alone. Yet, I learned how to do that the last six years I lived in Nebraska and I learned to enjoy and love my own company.

When I landed in Beatrice, Nebraska, I thought that this was it. As in, my final home, my final job. I was content to just live life in a manner that for me was a slow death.

The point is that sobriety has its fears and uncertainties, yet if I didn’t take a leap of faith and believe in my Higher Power, I probably would have ended up drunk again. I may have been able to stay sober without a Higher Power, yet I wouldn’t have enjoyed anything that life brought me.

And I doubt I would have survived my heart surgery without a Higher Power.
Posted by Dave Harm at 10:39