Do you believe in miracles? 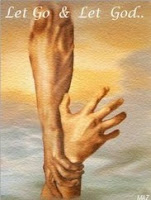 What the meeting was about I have no idea. I sat in the back and was just there. As the talk went around the room, it got to the person sitting next to me and he introduced himself and I looked up and realized that I knew him.

For the first time all night I listened. And he spoke with such eloquence and grace that I was "hooked." By the time he was done it was my turn to speak. I sat dumbfounded because this guy went to the church where I was a member. He was a pillar of the community and right then - like me - he was an alcoholic.

I don't know why but after he talked I felt like I was in the right place and I belonged. I was at home. I didn't say much that night. All it came down to was me saying that "without a doubt I am an alcoholic."

After that meeting I went into hiding. I was defeated and alone. That whole night I drank and drank until I finally passed out. I woke up Saturday morning and began drinking again. I knew I was defeated but yet I still drank.

By late morning I was half drunk when my ex-wife found me. She had brought me lunch and was wondering how I was doing? Now not only depressed I felt totally worthless. This lady still believed in me a little bit but there I was already on my way to another drunken day.

Eventually, she'd leave and I was once again alone. In my car under the front seat I still had two beers. In an empty parking lot I sat in my car and drank. For a little while, I contemplated suicide. Then memories of the night before at that AA meeting found a place in my soul.

I remembered listening to that one person speak and found a little bit of strength to admit that I needed help. A little after 2 o'clock I finished my last beer and debated about what I wanted to do. Part of me said, "screw it let's get more beer," while another part said, "ENOUGH!"

I had no idea how long I could stay sober, but right than I was going to try. The rest of the day I went back into hiding. I slept a lot, for me it was easiest way to stay sober.

By Sunday morning my whole body was shaking and I was sweating. That Sunday was pure hell but I didn't drink. Monday was Labor Day. Through my fog I began working on a recovery plan. Amazingly, this simple project kept me sober all day.

Tuesday I had to go back to work and the plans I made that Monday began to fall into place. By the grace of God, those plans helped me build a foundation for my sobriety. A sobriety that has now reached 14 years.

Those early days were literally moment to moment. It took me a couple of weeks before I began to vision sobriety in 24 hour increments. Which I still do till this day.

When I quit drinking I was drunk from the moment I awoke to the moment I passed out. I slept with a six-pack of beer on my nightstand. I had to have some beer on my drive to work, just to get over the shakes. I lived and nearly died because of my need for alcohol.

Do you believe in miracles? I do because this article was written by one. Thank you God, for a second chance.
Posted by Dave Harm at 15:33