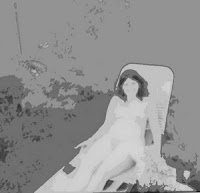 Step Six of CODA says, "Were entirely ready to have God remove all these defects of character."

She mastered my rage through manipulation. Making every event of our life together my responsibility. Am I still angry over the events that shaped our lives together? Yes, I am. But not at her. I am angry at myself for letting it go on for so long.

Through the years she had numerous guy friends. She knew I hated it and always had the response that "we're just friends." Friends that she partied with and more than once couldn't find her way home.

One night that still lives fresh in my memory was going to bed alone; having no idea where she was at. I called a couple of her girl friends, even though I knew they often lied for her. I finally gave up and went to bed. The next morning I awoke and tried to get ready to go to work. But I couldn't. There were four kids at home, all under ten years old, that I couldn't leave alone.

I began my phone calls once again. Finally, at one of her partying friends' home she answered the phone. No apologies came from her, just anger, because I woke her up. I told her she needed to get home right now because within ten minutes I was going to work. I than told her that after I got to work, that I'd call home and if the kids answered than I'd know she wasn't there and I call Child Protective Services. She yelled, "Asshole" and the phone went dead.

We lived out in the country. I had a good 15 minute drive to work and I knew how long it should take her to get back home. About two miles from my job, walking down the highway, was my wife. In high heels, a leather vest, and a leather mini-skirt. Quite the site at 7 o'clock in the morning.

At first she wouldn't get in the car. Working her magic, she began laying her guilt and shame on me and I began accepting it. Finally she got in the car and I turned around to give her a ride back home. As I drove, I looked at an outfit I never saw before and one that left very little to the imagination. But I didn't question her as to where it came from. All she would say is that no one would wake up to give her a ride home.

By the time I pulled in our driveway I was begging for her to forgive me. I needed that dysfunctional relationship to survive and she knew it. And for me to have any chance of surviving I first needed to ask God to remove jealously from me.

Without jealously her power would be diminished. And God willing over time, I would accept my Higher Power's love and realize that I wasn't responsible for her actions.
Posted by Dave Harm at 15:36