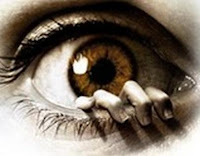 Step 10 of AA says, "Continued to take personal inventory and when we were wrong promptly admitted it."

As adults we all know the power we can have if we maintain a great credit rating. Pay our bills on time and don't over extend ourselves with credit and the world can be ours. But sometimes this rating is destroyed. This is a generalization but some people get into trouble with credit because of their own addictions. Drugs, alcohol, religion, gambling, and sex addictions throw our self-respect out the door. And when that leaves our credit rating is not that far behind.

Sometimes though our credit ratings take a beating, not from over indulgence, but rather from circumstances beyond our control. Unforeseen medical expenses and job losses are probably the two most common reasons.

While both sets of people will suffer with lower credit ratings, there is a major difference between the two. The alcoholic, the addict, and the gambler could care less about their credit rating or their self-respect. They just care about their next drink, fix, or scratch card. While the other set of people figure out ways to juggle their bills and try their best to survive. One set has control but don't care. The other has no control but does care.

I used the above illustration to make you think about the one thing we all have total control over. The alcoholic, the addict, and the gambler have abused it to the point that it doesn't mean anything. And like a good credit rating it's great to have, but one slip up and it is destroyed takings years and sometimes a lifetime to rebuild.

What is "it?" It is our word. To be honest. To be truthful. It is the main ingredient for a great life. Keeping our word brings respect not only from family, but from friends, employers, and co-workers. It affects every aspect of our lives, including those not so fun times of dealing with bill collectors.

When I drank I bounced a lot of checks. When I knew a liquor store had a couple of checks of mine, I'd go to another liquor store, than to convenience stores, until everyone had my bad checks. By writing a check, I was giving my word that there was money in the bank to cover it. When those checks were returned, they had the same value of my word, they were both worthless.

We can expand on the power of our word. We go to our place of employment everyday and we earn a paycheck. When we receive that paycheck we have given our word that we have done the best job we could do. We have accepted the responsibility of being a loyal employee. If we call in sick they’ll know that we are sick. We don't call in saying we have "personal problems," we take care of them on our "personal time."

If you had to fill out a "word application" similar to a credit application every time you wanted someone to trust you would you be approved? Instead of credit worthy, would you be "word worthy?"