A couple of long, long weeks 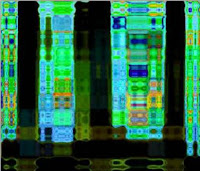 Lately, I have felt like my life has been spinning out of control. It seems like any little thing would set me off. And in hindsight, I had some justified reasons to be angry. But for the alcoholic, these emotions can only lead to disaster. So, after a long hiatus from AA meetings, I have become active in the program once again.

Been going to two meetings a week and slowly but surely, I’m once again beginning to feel “centered.” God, it’s amazing how much I have forgotten along the way and I’ve been able to find comfort sitting around the table with other drunks.

A long time ago, my sponsor told me to be careful. Someday, you’ll begin to feel comfortable with your sobriety and begin to almost take it for granted. I had reached that point. He also told me that if I fail it will be because of something minor. Once again, he was right.

I’ve watched my wife battle breast cancer, I’ve seen her bloodied and broken from a car crash, and I’ve seen her flatline. None of that made me want to drink. But little stories at my place of employment… stories that seem to constantly change began to raise my anger levels. Before they reached a boiling point… I voice my feelings about the situation. There was nothing vengeful or hateful in my comments just my feelings. I was told by the person that I was full of ----.

How can my feelings make me full of it? That day I lost respect for that person, they proved to me that my feelings were correct and there was nothing I could do to change it. Most certainly I wasn’t going to apologize for these feelings. They’re feelings - they’re not hateful - right or wrong - they just are.

But I needed to realize that these feelings were raising some ugly emotions in me and it was time to get them back into the hands of my Higher Power. And for that to work - I needed AA. Someone told me that “you knew you needed help - you recognized it!” And I did.

And for the first time in a long time I’m looking forward to receiving my chip in a couple of weeks. It will be 13 years and down the road that chip will help me remember how close I was to losing it. Moral of the story - don’t ever take the gift of sobriety for granted.

This entry was originally posted on Tuesday, August 7th, 2007
Posted by Dave Harm at 03:47