Me-me-me to thinking of me 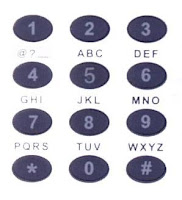 I have been through a mental war lately that has me really wondering what in the world is going on? From anxiety, excitement, fear and finally confusion.

Last month I made it down to Hot Springs, Arkansas and was the keynote speaker at a recovery event for National Recovery Month. It was a wonderful and enjoyable ride down there. Though kind of long, well over nine hours, the drive was relaxing. I was by myself and enjoyed the thought of just thinking about what lied ahead and not being trapped in other people's dramas. Though, someone did try to weasel their way into my good times.

I was only in Hot Springs for maybe a half-hour and my phone rang. “Where are you at?” I could tell the caller knew exactly where I was, so why the game? Anyway I told them where I was and this person instead of being happy for me or wishing me luck, just said, “I'm depressed.” So my weekend of enjoying a new adventure had a dark cloud over it. Though I wasn't the reason for that depression I just couldn't act like the phone call never happened.

Anyway, the rest of the weekend I kept busy enough not for it to preoccupy my mind to much, except when I was in my hotel room, shortly before I laid my head down to sleep.

My speaking event? It went well. I spoke for about a half-hour and got a good ovation from it. I talked about my two attempts at sobriety and why the first one ended after five years and why this one has lasted now for over seventeen years. I didn't hit it out of the park, but I would say it was a solid double in the gap.

Afterwards I drove back home, the trip a little longer due to rain and being a Saturday and a home football game for Arkansas... so the interstates were jammed. Anyway, by then the phone call was forgotten and all was back to “normal.”

Then I realized how self-centered that phone call was when I was talking with another friend. They asked me how everything went and if I had a good time. We talked about my adventure and my joy with doing it and then they told me about a decision they made. They made this choice before I left and they kept it quiet until I returned.

To me, that was so classy. So special. They handled their problem alone and let me share my experience in a right frame of mind.

I will never forget the phone call I received and the one I didn't. They both opened my eyes. One was about “me-me-me” while the other was thinking about me.
Posted by Dave Harm at 00:12