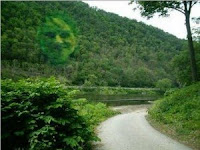 The fourth promise of AA says,"We will comprehend the word serenity and know peace."

I was so defeated, so filled with shame when I quit drinking that I never dreamed about serenity or peace. All I wanted was for the pain to go away. I was tired of hurting others, which ultimately hurt me.

I was tired of the games I played. Games which kept me drunk or games I played to keep the secret alive. There were so many stories, so many lies, that I began to get my stories crossed and people began questioning just how honest I was. Which in my sick delusional mind made these people my enemies.

It is truly amazing how much energy and conviction I took to keep my world in tact. The ability to cover up one lie with a whole new one produced a world of mass chaos. I'd go to sleep at nights, devising new plans in case my stories were questioned.

I came up with new methods to hide the amount of alcohol I drank and my world sunk deeper into paranoia. When surrender to alcoholism finally came I was so ashamed of the person I had become.

I had no idea what the future held for me but I knew I had to change. If I didn't change I'd either end up killing myself or killing someone else. This statement is not an exaggeration but the truth. I was already dead emotionally and spiritually. In time, there is little doubt that I also would have been dead physically. Spiritually and emotionally I know I destroyed many souls. So the idea that someday I would comprehend the word serenity and know peace was just a fantasy.

But something happen along the way. I quit lying and lived an honest life. There were no more games and I began living life on life's terms. And I realized how nice and simple it was to live an honest life. It took so much less energy.

And I used this extra energy to develop my first true friendship. That being a friendship with my Higher Power. This friendship over time became quite strong and personable. With this connection, a promise was fulfilled that I never dreamed would be possible. I was able to comprehend the word serenity and I found peace.

Peace and serenity that came with serenity.
Posted by Dave Harm at 17:12